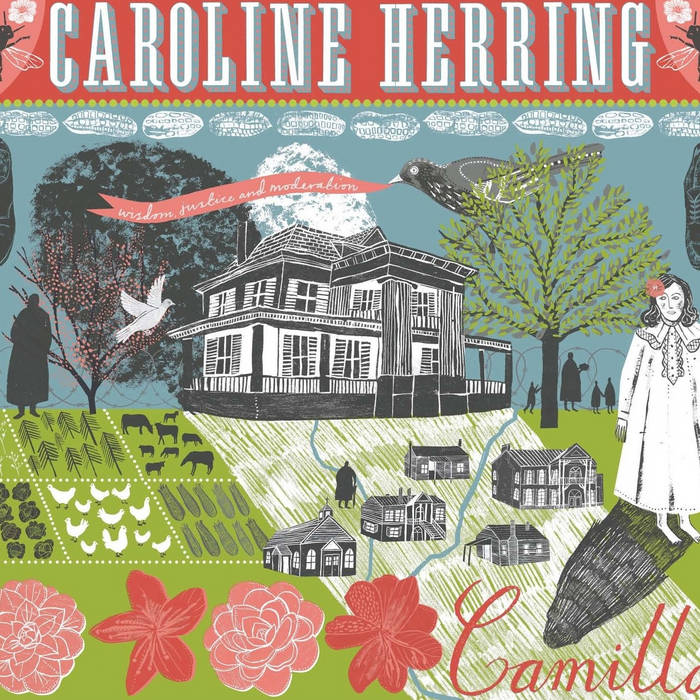 With Camilla, Herring has created her most profound album yet, a collection of ten complex, modern, tradition-influenced compositions about love and hate and everything in between. Since her debut in 2001, Herring has gained a devoted following and has been embraced by tastemakers like NPR, Oxford American and A Prairie Home Companion. Herring has been compared to Lucinda Williams (Austin American Statesman), Joan Baez (Asheville Citizen-Times) and Steve Earle (Paste Magazine). Although the comparisons are apt, Herring has developed her own signature sounds that comes to full manifestation on Camilla, a career-defining record. “I feel braver on this album, and I feel it represents me wholly,” she says.

The Herring sound is one that is both achingly ancient and decidedly modern. Herring's specialty is studying the South and the way race still haunts its people and places. However, her music transcends that - the race-haunted South becomes a microcosm for the nation, and even the world entire. Like the best writers, Herring manages to make the specific something very universal. Injustice is the main theme that holds all of Herring's work together, but she never fails to inject light so that hope is the victor in all of her music. We hear this wonderful mix of reality and optimism on every song on Camilla.

The album is filled with stories of people traveling long hard journeys who are ultimately rewarded by self-worth, resolution, or the promise of kindness. On Camilla we come to know a tired woman who is helped along the way by folks who "tie my traveling shoes"; a narrator singing of "a hard summer in the mountains" but comforted by the goodness of nature; a mother who finds that taking her daughter to Obama's inauguration is not easy but well worth the trip; another song shares the true story of a woman who survived the horrific fire-bombing of a Freedom Riders bus, witnessing the horror of violence and the beauty of a twelve year-old white girl who brought her water despite the protests of the townspeople. In "Black Mountain Lullaby" and "Camilla" we hear from mothers who have lost their children but keep their dignity - and hope - intact. Camilla is a thought-provoking album that will illicit tears but ends up filling the listener with a profound optimism. "To me," Herring says, "Camilla is about grief and injustice. Deep love and hope. Perseverance. Heroes."

Camilla is marvelously produced, mixed, and mastered by Erick Jaskowiak, who has worked with Alison Krauss, The Chieftans, Crooked Still, and many others. The band has quite a pedigree as well: Fats Kaplin (pedal steel, fiddle, mandolin, and banjo) and Bryn Davies (upright bass) both play with Jack White's band (on his latest album, Blunderbuss); Steven Sheehan (acoustic guitar), Bryan Owings (drums) make for a full, rich sound. Additionally, there are terrific vocal harmonies from Mary Chapin Carpenter, Aoife O'Donovan, Claire Holley, and UK folksingers Kathryn Roberts and Jackie Oates. All of these musicians join forces to create one of the best albums of the year and the record that is sure to give Herring even more acclaim and widely broaden her fan-base. The title of the record is from Herring's song named for a sleep south Georgia town. "That's where, in 1962, a woman named Marion King was beat unconscious by a deputy sheriff when all she did was take a casserole to her friend's daughter in jail," Herring explains. "Beauty and horror. All in one word. And camilla is such a beautiful word."

Bandcamp Daily  your guide to the world of Bandcamp

Guest hosted by Tamar Osbourn aka Collocutor and Toshio Matsuura.